Although mug cakes became popular a few years ago, I never had the desire to try one. I mean, when I bake cake, I make a full cake because, well, I want a good bit. This past week, however, I was in the mood for it, but after baking a ton of the holidays, I knew a full cake would go to waste in my house. So, I finally broke down and decided to give mug cakes a try.

Of course, I ran into one problem: There weren’t a ton of options in my cupboard. I wasn’t in the mood for chocolate, and the only frosting I had was cream cheese. There’s nothing wrong with that, but I didn’t want vanilla cake with cream cheese. That’s a bit plain, and I wanted flavor! 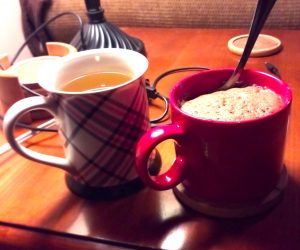 After a frustrating look through the pantry, I was about to give up. Then, my eyes fell on the countertop, and on the tea black tea I’d sipped all night.

That night, I attempted my first black tea mug cake. Unfortunately, it didn’t taste as I hoped. Turns out, I was too afraid to use a lot of tea, so the cake had more vanilla bean flavor than tea. It was good, but it wasn’t tea-good.

The next night, I went all in. Instead of using one-fourth a teaspoon of tea, I used a full tablespoon. This meant that there was a heap of tea in my milk, so instead of leaving it all in my cake, I removed about half of the leaves after steeping. Between the remaining leaves and the strength of the milk-tea, the flavor was just perfect. So perfect, in fact, that I had to make two more mug cakes: one for my sister and one for her boyfriend, two fellow tea lovers who’d come for our weekly TV get-together.

Try it with a bit of cinnamon, lightly dipped in hot tea, or with a light coating of frosting!

Print Recipe
Black Tea Mug Cake Recipe
This quick and easy mug cake has just the right amount of black tea flavor. It needs no icing, and it goes great with, yes, a cup of tea! 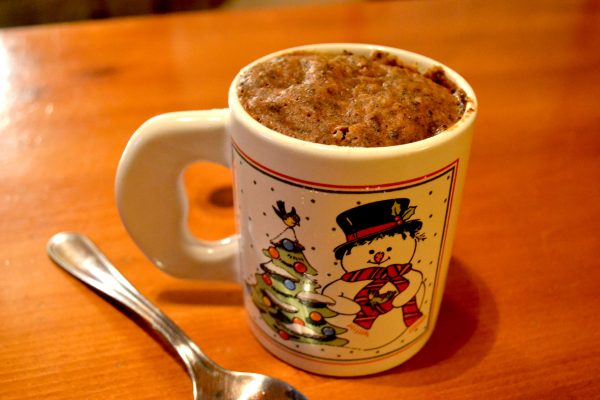 A freelance proofreader and writer with a tea obsession. Earl Grey is my jam. Green soothes my soul.

A freelance proofreader and writer with a tea obsession. Earl Grey is my jam. Green soothes my soul.
View all posts by Krista →